No-Nation’s mission is to inspire and excite audiences worldwide through the art of musicianship.

We develop artistic projects and partnerships which explore the potential of music to challenge perceptions and build a deeper understanding of the world we live in.

Our approach is collaborative and cross disciplinary, working with artists and partners from a wide range of musical genres, cultures and artistic backgrounds.

Please see the EXPERTISE pages for details of our experience in creative producing and programming, leadership and management, consultancy and research. 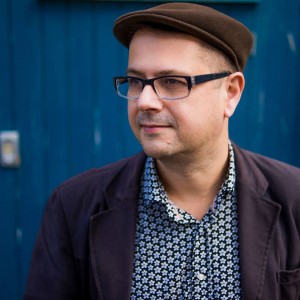 Guy founded No-Nation in 2007 having worked for over 10 years as a promoter and programmer at national venues including Manchester’s Band on the Wall where he developed expertise in jazz, contemporary and world music, and Brighton Dome and Festival where he curated the music and dance programmes. During this time he also developed his skills as a creative producer, realising special projects with artists including Harold Budd and Orkest de Volharding and developing the successful African Soul Rebels touring series in partnership with Music Beyond Mainstream.

Through No-Nation Guy curated and managed the music programme for the 40,000 capacity Big Chill Festival (2007-2009), and in 2010-2011 acted as Managing Director for Sound and Music, the UK’s main contemporary music development organisation, which he led through a dramatic change process including restructuring and refocusing the artistic vision.

Guy is recognised as a specialist in African music and has recently researched and written extensively on East Africa for the British Council. He co-hosts the long-running radio show AfroBase for totallyradio, the UK’s longest running internet radio station, and has recorded and produced music across Africa and the UK. 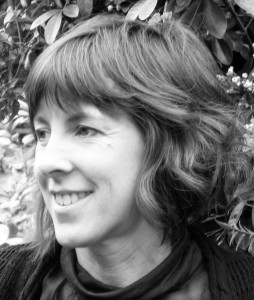 Penny is a skilled arts manager and producer, with an in-depth and current knowledge of arts funding and policy development. She has many years’ experience managing complex projects and events in partnership with artists and organisations from Ravi Shankar to the BBC. She has worked at a senior level for a number of organisations, most recently as Music Director for Arts Council England where she led a national team and launched new programmes including the Momentum Music Fund in partnership with PRS for Music Foundation.

Since 2013 she has been engaged as a development consultant and advisor by artists and organisations including Lau, Green Man Festival, Creative Scotland and HEFCE’s Research Excellence Framework where she was an Impact Assessor for the Music, Drama, Dance and Performing Arts sub-panel.

She is a member of the Board of Trustees for Oxford Contemporary Music and the Sounding Board for the hub’s Joining the Dots programme. 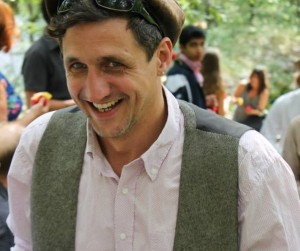 With extensive experience in event management as a DJ, programmer, promoter and venue manager, Adam understands everything required to make a music event successful. He has worked nationally and internationally delivering a range of complex event management and safety plans. He has a track record of successfully liaising with local authorities and safety advisory groups to secure festival and event licenses, and has led programming and management teams at local, national and international festivals and events.

From 2000 to 2010 Adam was Venue and Entertainments Manager for the University of Wales, where he held executive responsibility for the institution’s music venues. In addition to managing budgets, service provision and licensing, Adam was responsible for programming and marketing bespoke events for large-scale audiences in a wide range of venues.

Adam was instrumental in the inception and delivery of the pioneering Rift Valley Festival in Kenya from 2008 to 2013, where he created and managed the team providing programming, production, marketing, PR and onsite festival management.

At No-Nation Adam provides expertise in negotiating recording contracts, producing UK and European tours and supporting individual artist development. He continues his long-standing role as co-promoter and resident DJ for the legendary Racubah music events where he has the pleasure of playing vintage tropical roots music to crowds at clubs and festivals world-wide.