This Is Not This Heat 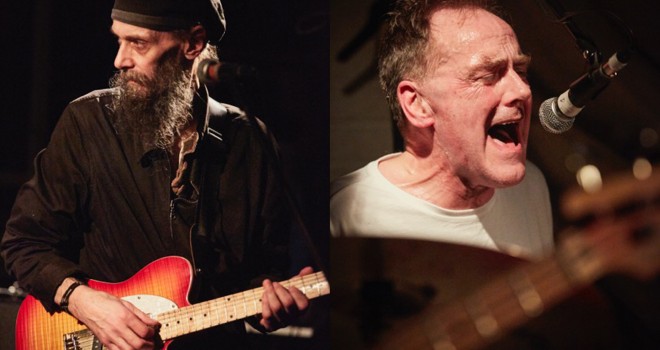 Arguably the most influential and inventive bands to emerge from the UK’s fruitful DIY scene in the 70s, This Heat’s career may have been short-lived, but its legacy continues to grow in stature and relevance. Still sounding as wild and original as when it was written, their music has as much in common with modern composers like John Cage as their art-rock contemporaries Gang of Four and The Pop Group. After two albums, a BBC Radio 1 John Peel session, a cassette tape collaboration and an EP, This Heat disbanded in 1982, leaving an indelible legacy.

The influential record label Light in the Attic have just re-pressed all the original This Heat vinyl recordings and in February 2016 Charles Bullen and Charles Hayward reunited for their first public performances of this project, performing This Heat music during two acclaimed sold-out shows at London’s Café Oto under the name This Is Not This Heat. The next performance will be at the Barbican Concert Hall on 17th June 2016.

Alongside producer I-D.A Projects No-Nation is looking for significant festival partners and other events to stage future performances or this truly original, exciting and adaptable event.

“this doesn’t feel like nostalgia, but a new beginning”  Guardian

Performers in This Is Not This Heat have/will include:

Further performers to be added to the ensemble in due course